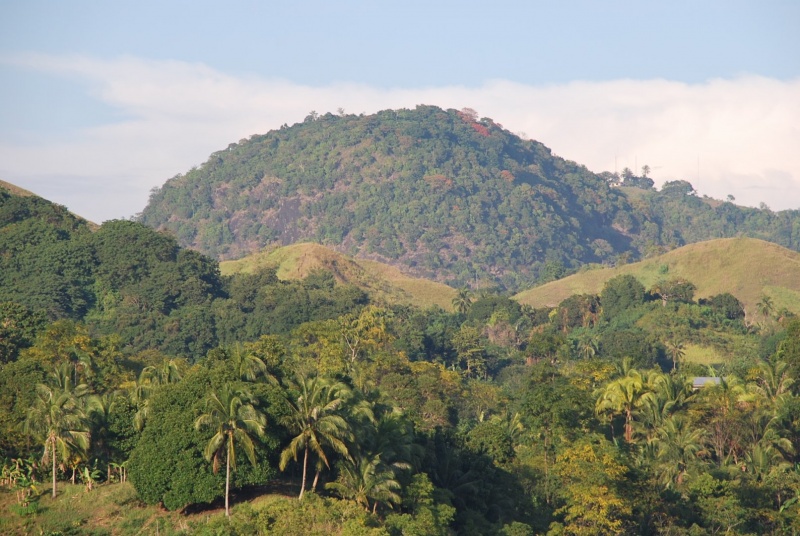 According to PHIVOLCS, the volcano is an Intrusion type of volcano meaning it was formed within earth's crust. Magma was pushed from the beneath the earth surface but did not come out through an eruption like a typical volcano (Extrusion). The magma eventually solidified while it is still enclosed by softer rocks, which was later exposed by erosion or weathering, a process that could take thousands of years. file source verbatim: wikipedia

At the foot of the mountain(south-east side) is the famous abong-abong station of the cross. Every year during holy week, people from all over make their pilgrimage to this place and say their prayers at each of the 14 stations on the way up to the main cross commemorating the crucifixion of Jesus Christ.

People started calling Mt. Columbato as pulongbato because CruzMayor at the base of the of columbato became a meeting place. In tagalog pulong means "meeting". So the name columbato started to be called pulongbato.

The following 12 pages uses this file:

This file contains additional information, probably added from the digital camera or scanner used to create or digitize it. If the file has been modified from its original state, some details may not fully reflect the modified file.
Retrieved from "https://zamboanga.com/z/index.php?title=File:Columbato_(Kulom_Bato).JPG&oldid=973976"
Categories: