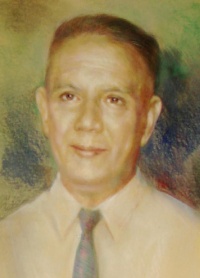 The transfer of Mayor Nicasio Valderrosa to Baguio City in 1939 left the mayoralty in Zamboanga vacant. President Manuel L. Quezon saw to it that Valderrosa would be replaced by an equally qualified man who could spur the development of Zamboanga during the Commonwealth. The responsibility would fall on a Zamboangueño of Spanish descent, Pablo Rojas Lorenzo.

Lorenzo was born on March 1, 1887. He was the son of a Spanish sergeant, Pablo Lorenzo, who at that time was serving in the Southern Philippines. His mother was Manuela Rojas from Cavite. Young Pablo grew up in Zamboanga but the family later moved to Manila where he received his early formal education at the Ateneo Municipal de Manila. After finishing his high school, he enrolled at the Philippine University College of Law. Among his contemporaries were Elpidio Quirino, who later became the Second President of the Philippines, and Jose Yulo, who was to become the Speaker of the House. Pablo graduated from his law course in 1914, and returned to Zamboanga to practice law after becoming a full-pledged lawyer.

At that time, Zamboanga was the capital of the Moro Province under the American regime. The American Circuit Court was stationed in Zamboanga, and it was the perfect setting for the young and brilliant lawyer to make his mark among the legal luminaries of the time. Eloquent and dedicated, Lorenzo became well known as a trial and corporate attorney who traveled to practically all parts of Mindanao to defend cases. His clients came from all walks of life.

Don Pablo met a beautiful lady from Cebu by the name of Luisa Rafols. After a period of courtship, Don Pablo proposed to and married Miss Rafols. He brought his beautiful wife to Zamboanga where they started a family, having five children. Don Pablo and Doña Luisa had three girls in a row- Isabel, Maria Clara, who would one day become the congresswoman and later mayor of Zamboanga, and Maria Luisa, who was to become a professor at the University of the Philippines. Don Pablo and Doña Luisa also had two sons, Pablo, Jr., who would become a lawyer like his father, and Luis, who became a prominent business executive managing several corporations in Bukidnon, Cagayan and Davao.

Don Pablo’s first experience as a public servant was when he was elected as the representative of Zamboanga to the first Philippine Legislative Assembly, which was the lawmaking body of the Philippine government at that time. This was in preparation for the Commonwealth Government, which would eventually lead to the granting of Philippine Independence.

The Commonwealth Government was to train the Filipinos to be self-governing people. Don Pablo was also elected as a delegate to the Constitutional Convention of 1934, representing Zamboanga City. In 1939, President Manuel L. Quezon appointed him Zamboanga Mayor, a position he held until 1940.

Don Pablo had to let go of his position as mayor of Zamboanga when, on the request of President Quezon, he and his family transferred to Manila after he was appointed Immigration Commissioner. He was to hold this position until the outbreak of World War II.

Don Pablo had the honor of serving under two other presidents of the Philippines aside from Quezon. He served as Secretary of Education during the term of President Quirino, in which post he was credited for the elevation of the Vocational High School in Nueva Ecija to a State University.

He also held the distinction of serving as the Secretary of Public Works and Communications. Under the term of President Macapagal, he served as Chairman of the Development Bank of the Philippines before he retired from public service.