Read the 122 page draft of the BBL: DRAFT of the Bangsamoro Basic Law

May 20, 2015: The House of Representatives ad hoc committee on the proposed Bangsamoro basic law approved the measure on Wednesday, May 20, with a vote of 50-17 with one abstention.

The BBL draft passed: the word "contiguous" was replaced by "cities and provinces" and the 1976 tripoli agreement was included.

These are the country's representatives who voted on this: 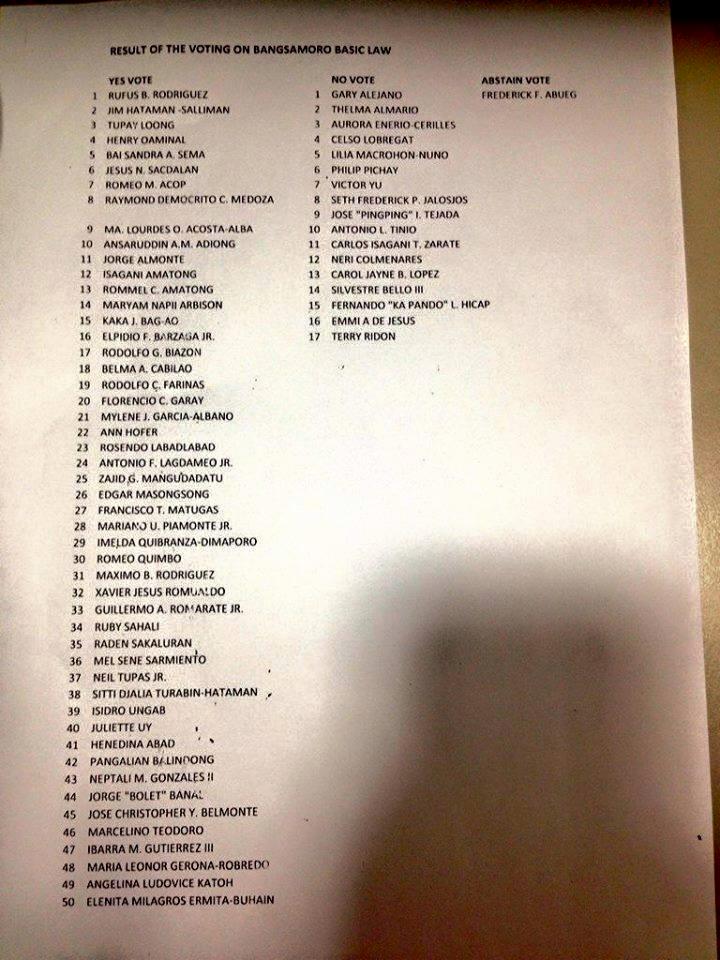 Constitution and this Organic Act, renounce the use of violence, and commit themselves to democratic means in the pursuit of their ideals and aspirations."

The resoulution for a federal form of government