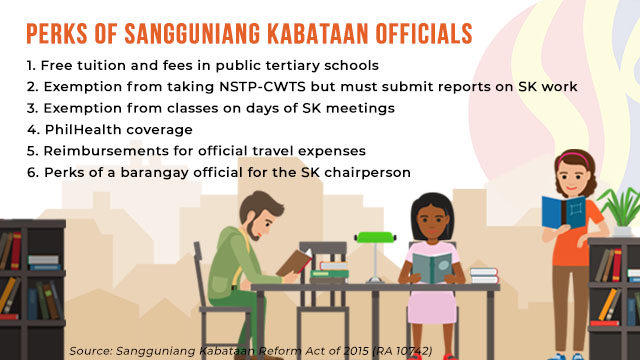 The Sangguniang Kabataan officials have been criticized before for lack of performance, for simply milking the system for a free college education and the perks of a barangay official.

The SK system was a great program to train young people in the field of political leadership. But it’s discontinuance was discussed due to the fact that these young officials were learning the corrupt ways of the veteran politicians and exercising the corrupt habits very efficiently.

In 2018, they got a second chance. 42,045 barangays voted for their SK officials. Each with a chairman and 7 councilors. A few barangays voted only 5 councilors. But that is a minimum of 295,000 young barangay officials with the potential of being great leaders of the Philippines in the future.

But what do they do with this opportunity? Most of them are in the “LAKWATSA” mode.

Youth programs in the Philippines are practically not exercised. The programs are there, only leadership is needed.  Government programs exist. Private organization programs exist. So why aren’t the SK’s taking charge or helping? LAKWATSA!! That’s why.

They learn about corruption very early and they are paid to learn.

If you are an SK official and you feel that you have been attacked, then do the Filipino people a favor. Write a reply to this article. Give us the barangay name that you represent and the accomplishments that you have done.