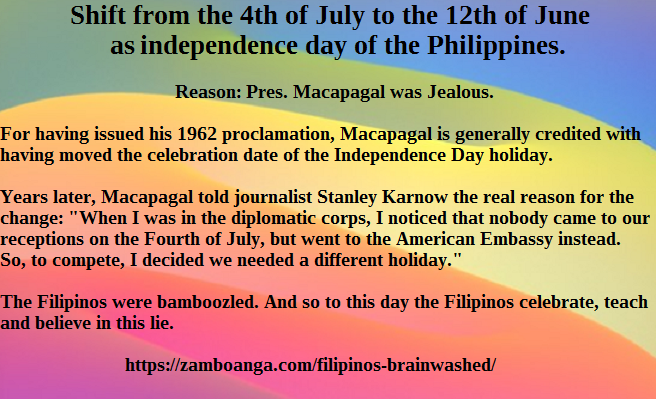 For having issued his 1962 proclamation, Macapagal is generally credited with having moved the celebration date of the Independence Day holiday. Years later, Macapagal told journalist Stanley Karnow the real reason for the change: “When I was in the diplomatic corps, I noticed that nobody came to our receptions on the Fourth of July, but went to the American Embassy instead. So, to compete, I decided we needed a different holiday.” >> quoted from wikipedia