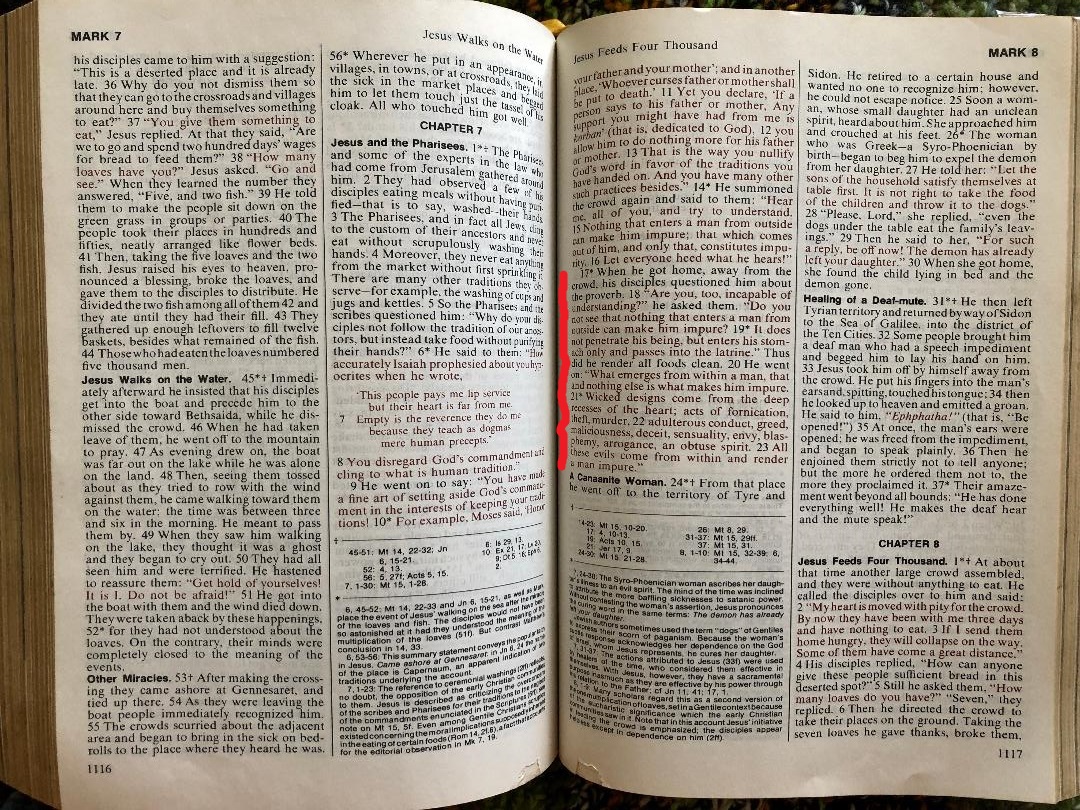 Many ideologies, religions or beliefs prohibit the consumption of certain foods or drinks.

Before the advent of “enlightened men”, humans ate and drank what is natural and sustainable for the enhancement of their lives. Of course it was natural for men to distinguish unhealthy, poisonous, or simply foods or drinks that make them sick.

As men became more civilized, we determined that cannibalism is not the way to go. When we became attached to animals and had them as pets, we avoided eating them. But as religions, cults and “lifestyles”  came to be, their founders and leaders created mandates as to what is good or bad to eat. Instead of just simple dietary suggestions, they actually created laws prohibiting their followers from consuming certain foods and drinks.

Then Jesus Christ came along. The true founder of Universal Stewardship and set the records straight.

“17 And when he had entered the house and left the people, his disciples asked him about the parable. 18 And he said to them, “Then are you also without understanding? Do you not see that whatever goes into a person from outside cannot defile him, 19 since it enters not his heart but his stomach, and is expelled?” (Thus he declared all foods clean.) 20 And he said, “What comes out of a person is what defiles him.”

Live on a sustainable healthy diet, do not be a glutton, exercise (stay active), so you may live a long healthy, happy and prosperous life.

Do not dictate anyone what anyone should or should not eat. It is their choice. You can recommend, but that is it. Do not make or force business establishments what they can or can’t sell. As long as the products sold are properly labelled, the choice is that of the consumer.