Contribute your knowledge about the history of Oyan 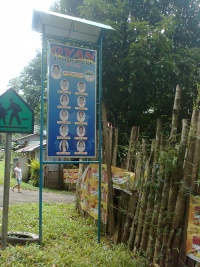 The schools in Oyan