→ → Go back HOME to Zamboanga: the Portal to the Philippines. 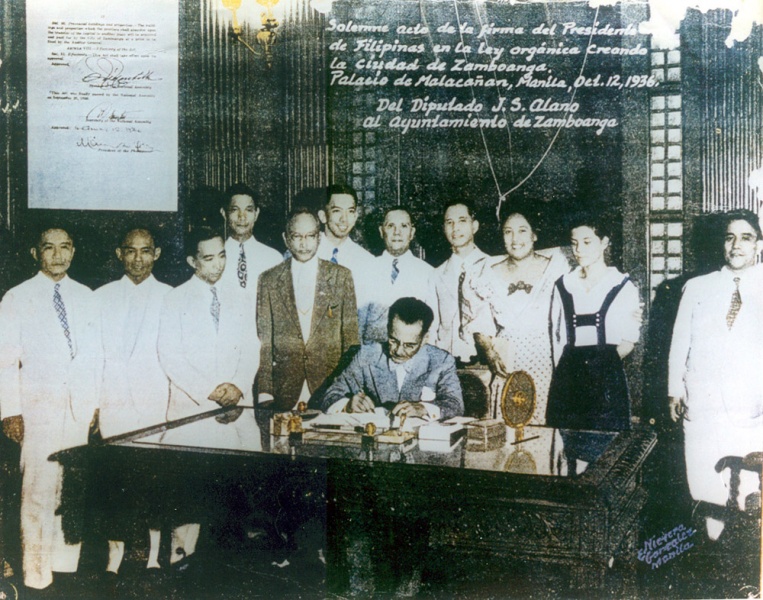 Signing of the Zamboanga Charter in 1936

Zamboanga City became an independent Chartered City and ceased to be under the jurisdiction of the Provincial Government of Zamboanga on October 12, 1936, when President Manuel P. Quezon signed the Charter as history commemorates it, in this historical photograph taken in October 12, 1936 in Malacañang Palace, Manila, Philippines, during the official signing ceremony of the Charter of Zamboanga City. The event was witnessed by the charter bill author Congressman Juan S. Alano and wife Ramona, and other notable Zamboanguenos.

Signed by the President of the Philippines (Manuel P. Quezon - Sitting) on October 12, 1936
Left to Right Standing:

NOTE: If you know any of these people in this historical photo of Zamboanga City's creation, please email the information to franklin_maletsky@yahoo.com Thank you.