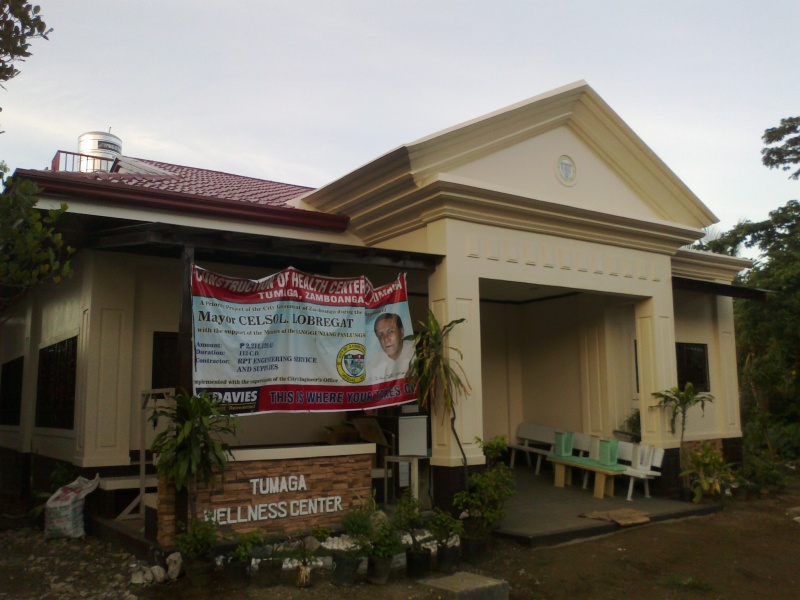 ZAMBOANGA CITY — Barangay Tumaga recently received a P2.2-million newly constructed wellness center for the use of its constituents.

Mayor Celso Lobregat, who led the inauguration, said the wellness center project is in line with the city government’s effort to accelerate health services.

“The wellness center is also a lying-in clinic and has other features that can adequately provide the needs of the constituents,” Sheila Covarrubias, city information officer said in a press statement. Covarrubias said Tumaga Chairperson Carol Gaganting thanked the city government for the health facility stressing that it will surely help improve health services in her barangay.

Covarrubias said the city government is also set to construct at the Tumaga Elementary School, a two-storey, 24-classroom building, one of the biggest school building projects in the city, this year to help in the education needs of the children in the barangay.

“For 2012, health and wellness centers will be constructed in Barangays Pasonanca, Sangali, Ayala, and Mariki. The operating room at Quiniput Hospital will also be constructed while the health centers of barangay Guiwan, Tetuan, Talon-talon, Putik, Culianan, and Sibulao will undergo major reconstruction, expansion, and improvement,” she added.

The following 2 pages use this file: