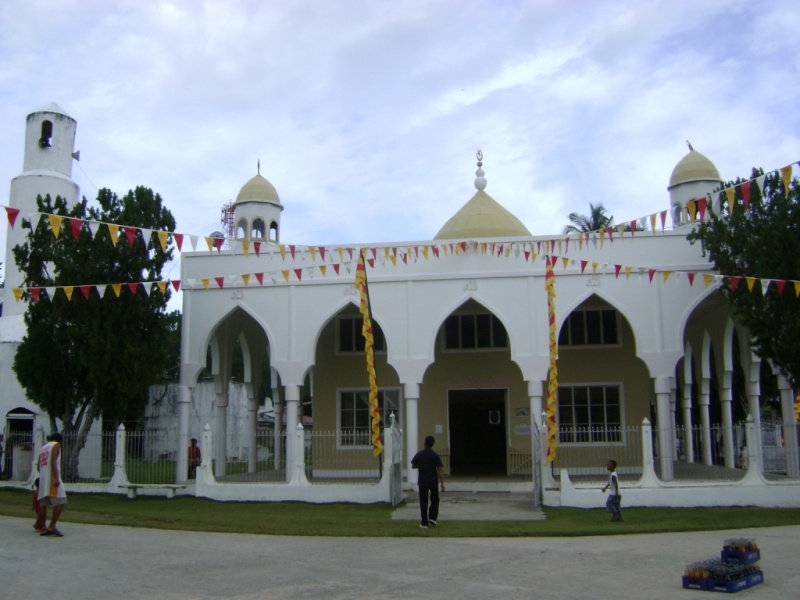 The Sheikh Karim-ul Makhdum Mosque is located in Tubig Indangan, Simunul, Tawi-Tawi, the Philippines. It is the oldest mosque in the Philippines and was built by an Arab trader, Sheikh Makhdum Karim in 1380. The original pillars of the old mosque can still be found inside the new building. It is also declared as a National Historial Landmark by the National Historical Commission and a National Cultural Treasure by the National Museum.

The following 4 pages uses this file:

This file contains additional information, probably added from the digital camera or scanner used to create or digitize it. If the file has been modified from its original state, some details may not fully reflect the modified file.
Retrieved from "https://zamboanga.com/z/index.php?title=File:Sheik_karim_al_makdum,_Masjid_in_Tubig_Indangan,_Simunul,_Tawi-Tawi.JPG&oldid=928923"
Categories: