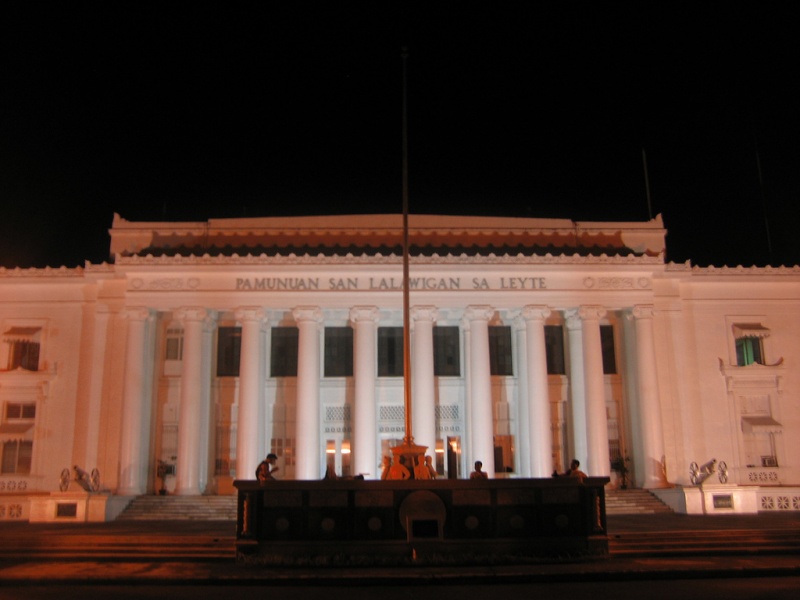 Once the seat of the Philippine Commonwealth Government on 1944 under President Sergio Osmeña, Sr. Construction of the Capitol started in 1917 during the administration of Governor Salvador K. Demetrio, completed and inaugurated in 1924 during the administration of Governor Honorio Lopez. The original edifice was renovated, expanded and beautified 40 years after upon assumption to office of Governor Norberto B. Romualdez, Jr. in 1964.

Historic viewing of two murals depicting the MacArthur Landing was unveiled on October 20, 1964 by President Diosdado Macapagal while the First Mass was unveiled on March 31, 1965 by Ambassador Fernando Lobao de Carvalho of Portugal and the Marquis de Aumon representing the Government of Spain.