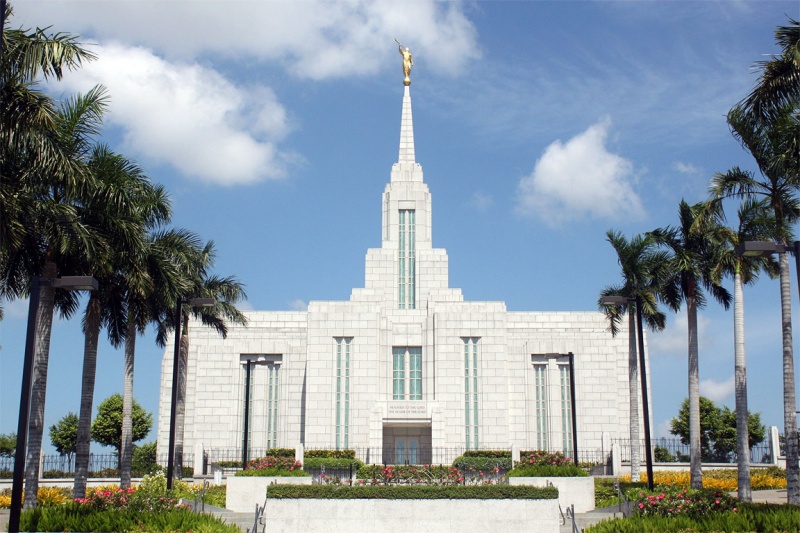 Located at: Gorordo Avenue
Barangay Lahug
6000 Cebu City, Central Visayas
Philippines
From:newsroom.lds.org/ldsnewsroom
Cebu City, Philippines 16 May 2010 The public is invited to tour the newly completed Cebu City Philippines Temple of The Church of Jesus Christ of Latter-day Saints, the first temple in the Visayas and the second in the country.

The temple is located on Gorordo Avenue in Lahug. Tours will begin at the meetinghouse adjacent to the temple and will consist of a 12-minute video presentation and a 30-minute walk through the temple. Free parking is available at the site.

Following the public open house, the temple will be formally dedicated on Sunday, 13 June 2010. Three dedicatory sessions will be held to accommodate Church members in the area who will be served by the new temple.

The Cebu City Philippines Temple is the 133rd temple of the Church worldwide and the second in the Philippines. The Manila Philippines Temple was completed and dedicated in September of 1984. The Cebu Temple will serve over 200,000 members living in the Visayas and Mindanao.

The First Presidency of the Church first announced plans to construct the Cebu Temple on 18 April 2006. Elders Dallin H. Oaks and Quentin L. Cook of the Quorum of Twelve Apostles presided at groundbreaking ceremonies on 14 November 2007. Elder Oaks was the presiding authority of the Church in the Philippines from August of 2002 through 2004.

The temple’s exterior is faced with mountain grey granite from China. Interior stone is from Italy and Greece. The spire rises 140 feet and is crowned with a gilded statue of the angel Moroni, who is significant to members of the Church for his role in the Restoration of the gospel of Jesus Christ.

The interior features beautifully grained sapele mahogany from Africa. Several native flowers are used in patterns of fabric and the decorative art painting. The most widely featured motif is the pearl, harvested throughout the Philippines and reflective of scriptural references to pearls and their symbolic value. Two large paintings were commissioned for the temple by Philippine artist Adler Llagas. Most of the furniture was also produced locally from Philippine mahogany.

Latter-day Saint temples differ from the hundreds of meetinghouses or chapels throughout the Philippines, where members meet for Sunday worship services. Temples are considered “houses of the Lord” where Christ’s teachings are reaffirmed through marriage, baptism and other ordinances that unite families for eternity. In the temple, Church members learn more about the purpose of life and make covenants to follow Jesus Christ and serve their fellow men.

The Church of Jesus Christ of Latter-day Saints was formally established in the Philippines in 1961, and it grew rapidly. The first mission of the Church in Cebu was established in 1974. Today there are nearly 650,000 members throughout the archipelago.

There are no pages that use this file.

This file contains additional information, probably added from the digital camera or scanner used to create or digitize it. If the file has been modified from its original state, some details may not fully reflect the modified file.
Retrieved from "https://zamboanga.com/z/index.php?title=File:Mormon-temple-lds-cebu-city.jpg&oldid=633156"
Categories: