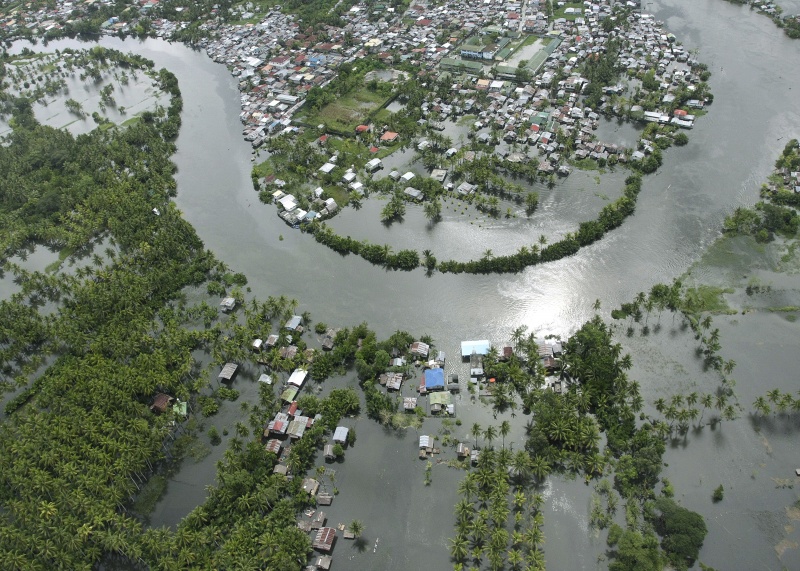 This aerial view shows a flooded area of the city of Cotabato as the Philippine Air Force continues its search and rescue operation on July 5, 2008 some two weeks after Typhoon Fengshen hit the country. Typhoon Fengshen battered the archipelago on June 21 causing floods and damage to property amounting to over 50 million USD and killed more than 500 people, with another estimated 800 people lost when a ferry sunk off the central Philippines during the storm. AFP PHOTO/Mark NAVALES

This file contains additional information, probably added from the digital camera or scanner used to create or digitize it. If the file has been modified from its original state, some details may not fully reflect the modified file.
Retrieved from "https://zamboanga.com/z/index.php?title=File:Cotabato_hit_by_Typhoon_Fengshen_0708.jpg&oldid=626810"
Categories: