Contribute your knowledge about the history of Concepcion

The schools in Concepcion 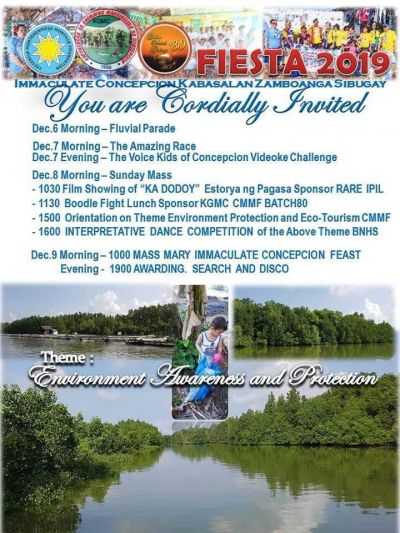 I am Jun Lopez Mantilla son of Mr. And Mrs. Narciso Lopez Montilla and Cresencia Tidalgo Montehermoso both natives of So. Leyte. I was born here. The story of Brgy. Concepcion started when Mr. BILL DONTON proposed to change the name of former BALUNGIS. My mother proposed to named it after her devotion of the Immaculate Concepcion from her birthplace in Concepcion, Malitbog, Southern Leyte, Philippines and so there was an election between CONCEPCION and VILLA DONTON.

It was my mother who started the history of catechism when she built a makeshift chapel in our lot which is now the center of the barangay in Purok 3, to make the story short she won after campaigning so hard the rest is history...

Featured News of The Philippine