Commonwealth of the Philippines

Commonwealth of the Philippines 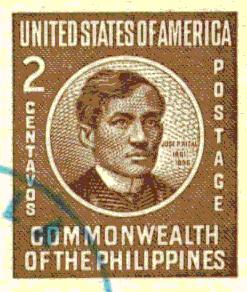 Stamp; Commonwealth of The Philippines, USA

The birth of the Commonwealth of the Philippines ushered another change in the legislative system when a uni-cameral National Assembly was convened as provided in the 1935 Constitution. But the return to unicameralism was short-lived. By virtue of a constitutional amendment in 1940, a two-chamber Congress was restored.

In accordance with the constitutional amendment of 1940, the Legislature returned to its pre-Commonwealth structure with the restoration of the Senate. Thus in the November, 1941 polls, more aspirants figured in what could be considered as the first synchronized balloting of the country.

Elected together with re-electionist President Quezon and Vice-President Sergio Osmeña, the Nacionalista Senate bets swamped the opposition. The NP candidates garnered not only the 24 senatorial seats at stake but also 70 of the 89 Lower House slots.

Of the 24 senators-elect, the first eight placers were to serve for 6 years, the next eight for 4 years and the last eight for 2 years. After the war, though, a number of those who were to serve for fewer years went on to assume their posts when Congress convened in June 1945. A number of top placers were not able to report for duty partly because some of them were charged or had died.

When the two chambers finally got organized in June 1945, the election of officers was given top priority. Senator Manuel A. Roxas, who had ranked second in the 1941 senatorial elections, was elected Senate President, while Senator Elpidio Quirino was chosen President Pro Tempore.

On January 4, 1946, the Congress met again in a special session to discuss the first postwar general elections. Three months later—on April 23, 1946—that law-making body gave way to the First Congress of the Third Republic.