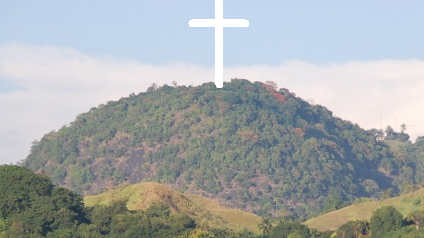 Mount Columbato is at least 1,200 feet tall. The mountain is made out of molten volcanic rock. A great and stable foundation for the 500 foot tall cross.

Zamboanga City is supposed to be a city for all. But the Muslims(Moros) want it for their own. So when push comes to shove, the Non-Muslims of Zamboanga City must make a stand.