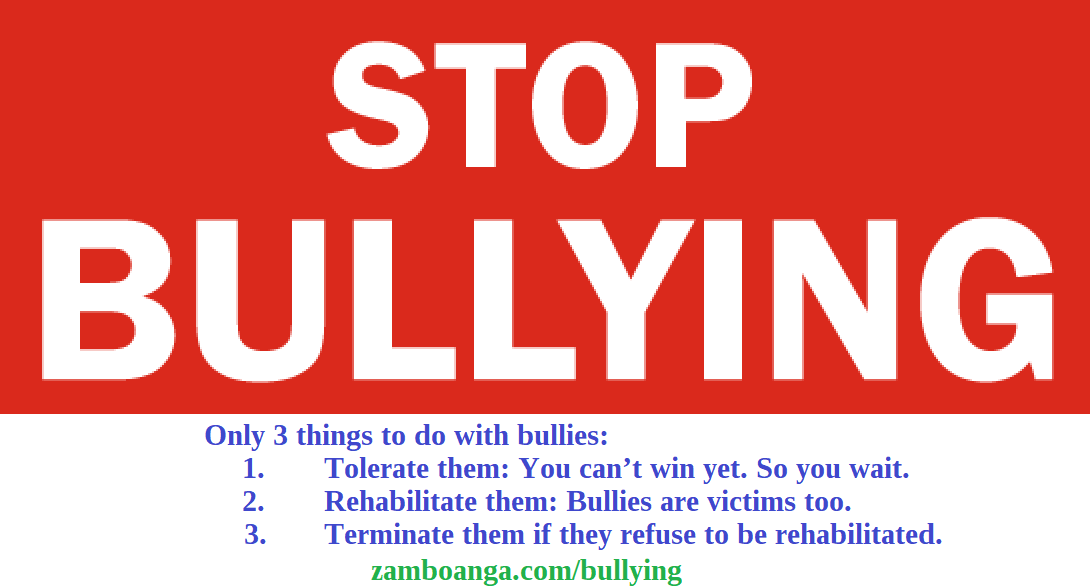 Bullies maliciously deprive. They insult. They shred away the tiniest of leftover dignity a human has. A bully thrives on belittling and hurting people.

Only three things that you can do with bullies:

There are only two kinds of people who teach tolerance:

This universe will be a better place without bullies.

What do we do with terrorists who are actually bullies? I do not mean “terrorists” just because someone calls them that. I mean a terrorist group who have historically deprived humanity of its basic human rights and continues to do so just to propagate the prosperity of their own core group of people.